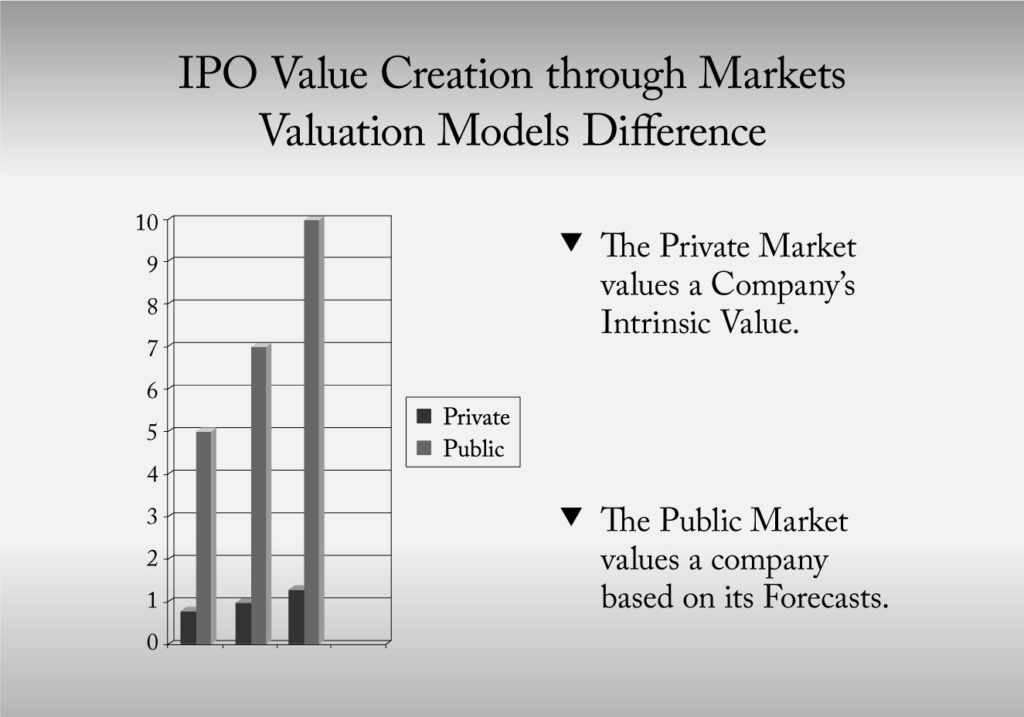 Many do not understand the reasons why the Initial Public Offering of a share of common stock (also known as “IPO “) increases the financial valuation of the stock issuing company ?

The value creation of an IPO arises mainly from the difference of valuations between the private and public markets.

In this valuation model, there is no anticipation, everything is based on the past, on the intrinsic value.

The Public Market values the Anticipation. It is based on the equivalent interest rate. In a simplistic form, excluding risk factors for explanation purposes, if the capital market interest rate is 2% and the bakery generates 10%, it will be valued by the public market at least five times its price.

Thus, our bakery with a $ 1 million turnover would be sold at about $ 7 million, i.e. taking into account an Anticipation on 15 years of turnover. About $ 5 million during recession, with a 10 years anticipation, and perhaps $ 10 million if the market is booming with a 20 years anticipation. 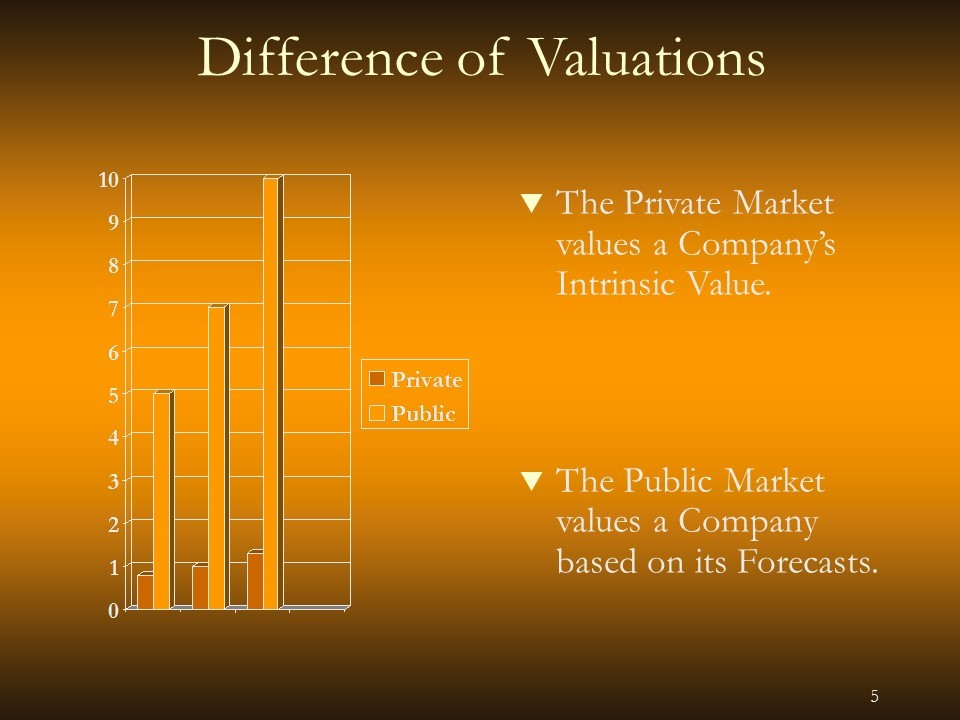 In this valuation model, the anticipation is predominant and the intrinsic value is negligible

In a regular SPAC this value creation does not exist, so this IPO advantage is lost because a merger or an acquisition does not trigger a change of market valuation model. With the Master SPAC, it is restored as the acquisition mode is the financing of an IPO as defined in this article by Marc René Deschenaux. 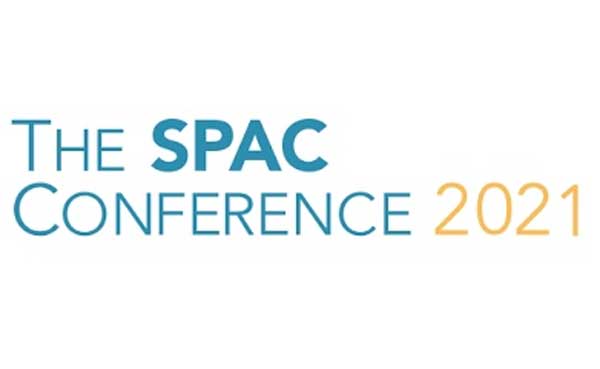 Master SPAC at the SPAC Conference

The SPAC Conference 2021 Meet the Master SPAC team and

Read More »
We use cookies to ensure that we give you the best experience on our website. If you continue to use this site we will assume that you are happy with it.AcceptPrivacy Policy